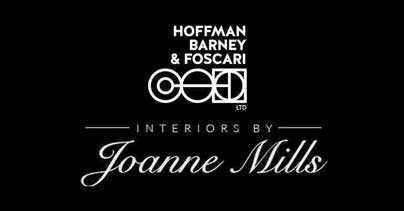 We are very happy to announce that we are now venturing into a collaboration with Hoffman, Barney & Foscari.

Together we will be Designing and Producing an Iconic Furniture Range.

Hoffman, Barney & Foscari Limited is a multi-positional Company and brand profile which was founded in London in 2017 and specialises in the creation of original prototypes (HBF Design and Luxury), creation and production (and co-production) of feature films for the Cinema and digital streaming (HBF Pictures), audiovisual for the Internet, digital TV and multi-medial relative convergence, co-production, production and promotion of events related to culture, to the Cinema and the Arts in general.

Apart from producing and co-producing Cinema, TV Formats, Audiovisual, Prototypes of Design and Events, HBF will be proposing to introduce the HBF Interiors, HBF House, HBF Accademia Italiana e Internazionale delle Arti e dei Mestieri, HBF Masterclass to draw up a draft for programmes and contents designed for the organisation of international seminars, workshops and conferences, beyond the creation of strategic formative modes connected to the study and practice (not just 2.0) of the performing arts, visual and figurative inside a physical Academy and on line typical of HBF, and the creation of a possible contest that will involve schools of excellence, teachers and students engaged in the same qualitative commercial and artistic sector of Hoffman, Barney & Foscari.

HBF, a multitasking Brand par excellence, promotes, also through an intense activity of the assignment of rights of the production and commercialisation of their prototypes and products, a vision and a conception of the world, of art and of digital capitalism absolutely connected to the necessity to co-exist, more than ever, Man and the Environment, the Arts and Business, Humanism and Industry, Culture, Audience, People and Ideas.

Hoffman, Barney & Foscari Ltd have become official supporters of Meat Free Monday joining others like Puma, Abbey Road Studios and other important brands who will donate part of their income to the cause promoted by the ethical campaign launched by Stella, Paul and Mary McCartney. Glauco Della Sciucca, was already an official supporter of the campaign along with Woody Harrelson, Vivienne Westwood, Livia Firth and other personalities and is really happy to have strengthened the collaboration with MFM and, as quoted below on the official website, Della Sciucca in this sense affirms that:

“The growing need for an active contribution to the protection of the world and its ecosystem is the Question of Questions and no one can exclude himself or herself from the debate. In this sense, the values disclosed by Meat Free Monday are beyond time and fashion – themes that belong to everyone – and HBF is aimed precisely at all of them. To change the world. Indeed, to save it.”

Here is a link to Meat Free Monday.

We look forward to our Partnership together and putting these Amazing pieces into Production.